Should I pay a salary or dividends? 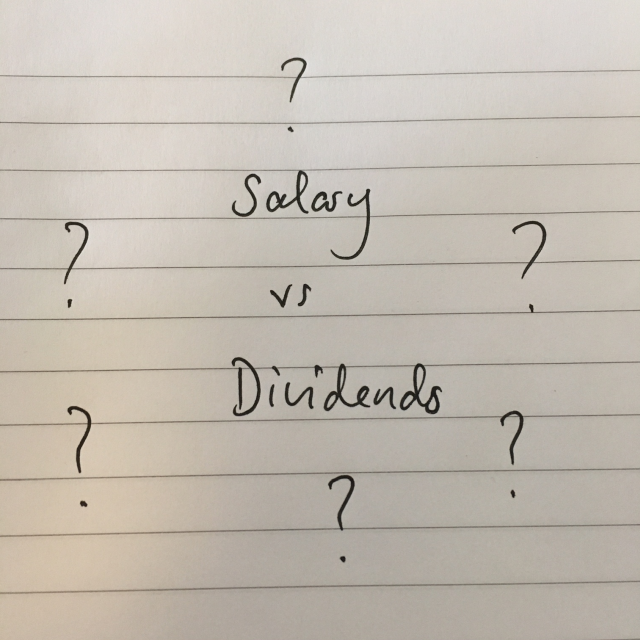 Dividends provide an opportunity to extract profits in a tax-efficient manner.

Dividends provide an opportunity to extract profits in a tax-efficient manner. As a rule of thumb, it is generally tax-effective to take a salary equal to the primary and secondary threshold for National Insurance purposes or the personal allowance (set at £11,850 for 2018/19), depending on whether the employment allowance is available (or the recipient is under 21). Thereafter, it is tax efficient, where possible to extract any further profits as dividends.

However, it is not as straightforward as deciding to pay a dividend rather than a salary and certain boxes must be ticked.

In order to pay a dividend:

Dividend rather than salary

Once the optimal salary has been paid, the tax hit on dividends is less than on salary. This is predominantly due to the fact that dividends do not attract National Insurance contributions, whereas a salary will attract employee’s and employer’s National Insurance contributions. Dividends are also taxed at a lower rate of tax than salary payments, and benefit from a tax-free dividend allowance. On the downside, dividends are paid from post-tax profits which have suffered a corporation tax deduction (at 19% for the financial year 2017 and 2018). Even allowing for that, the tax take from paying dividends is lower.

The allowance is not an allowance as such, but rather a nil rate band which uses up part of the band in which it falls. Dividends, taxed as the top slice of income, are taxed at a zero rate to the extent that they are covered by the allowance.

Tim is the director of a family company. He decides to take a salary of £11,850 in 2018/19, which is equal to his personal allowance. He anticipates making a profit of £60,000 in the year to 31 March 2019 and wants to know whether it is better to extract it as salary or dividends.

The position is summarised below:

By choosing to extract the profits as a dividend rather than as a salary, Tim is more than £7,500 better off.

PrevPreviousWhen will auto-enrolment contributions increase?
NextHow much does an accountant cost?Next

We are a team of award winning Chartered Management Accountants based in Edinburgh. We are cloud accounting and tax specialists helping businesses and contractors in the technology and food & drink sectors across Edinburgh and the Lothians. Your Tech-Savvy Edinburgh Accountants since 2007.
Subscribe to our newsletter